Upgrading your Ubuntu-on-Windows install to the app version

Our team and Microsoft released Ubuntu as a Windows app store application today! 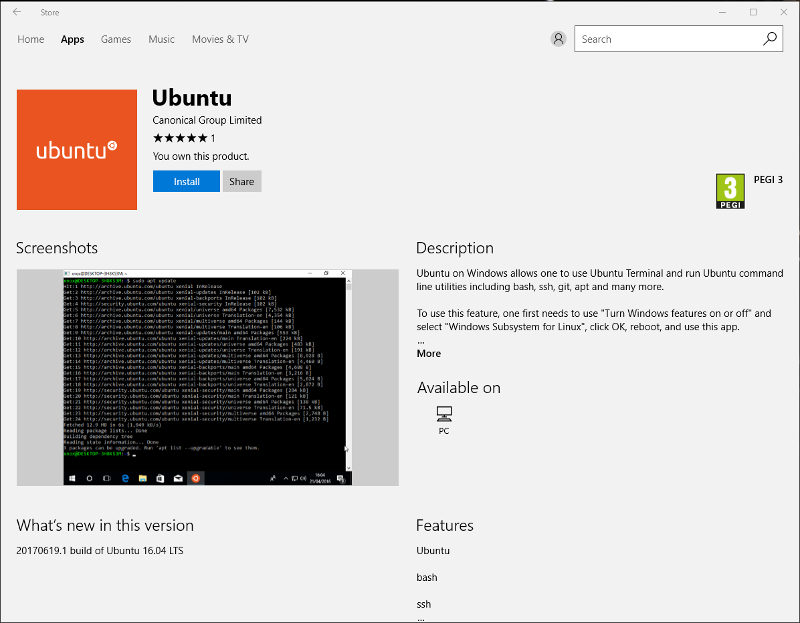 If you, like me, toyed with the "bash on Ubuntu on Windows" version before and would like to try the latest and greatest, read on!

If you "bash on ubuntu on windows" environment has some data you'd like to keep, make sure you back it up now. The uninstall process will nuke everything.

This is relatively simple. Opening a command line (cmd.exe) terminal and typing

will destroy your previous environment.

To find the app in the Microsoft store, just type "Ubuntu" in the search bar.